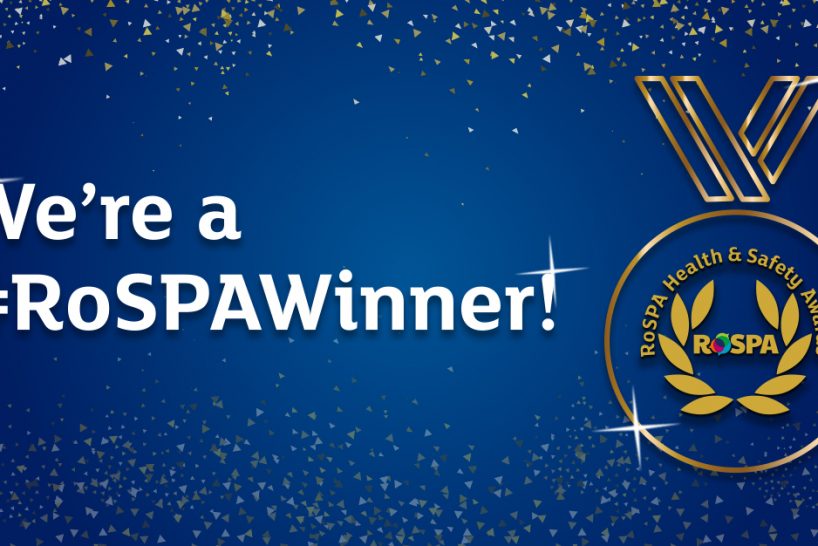 The Sovini Group has been awarded the internationally-recognised award for demonstrating high health and safety (H&S) standards, achieving Gold status for the seventh consecutive year.

Organisations receiving a RoSPA Award are recognised as being world-leaders in health and safety practice. Every year, nearly 2,000 entrants vie to achieve the highest possible accolade in what is the UK’s longest-running H&S industry awards.

“The health and safety of our staff, contractors, customers and the communities we serve has always been paramount. We are extremely proud of our long standing health and safety record, and to be recognised once again as a ROSPA Gold award winner is a great achievement. Our high H&S standards put us in a strong starting position to quickly react, respond and adapt to the unprecedented demands from the beginning of the pandemic. To be awarded the Gold standard again in the current operating environment is fantastic.”

“The RoSPA Awards scheme is the longest-running of its kind in the UK, but it receives entries from organisations across the globe, making it one of the most sought-after achievement awards for health and safety worldwide.

For more information about the RoSPA Awards visit www.rospa.com/awards